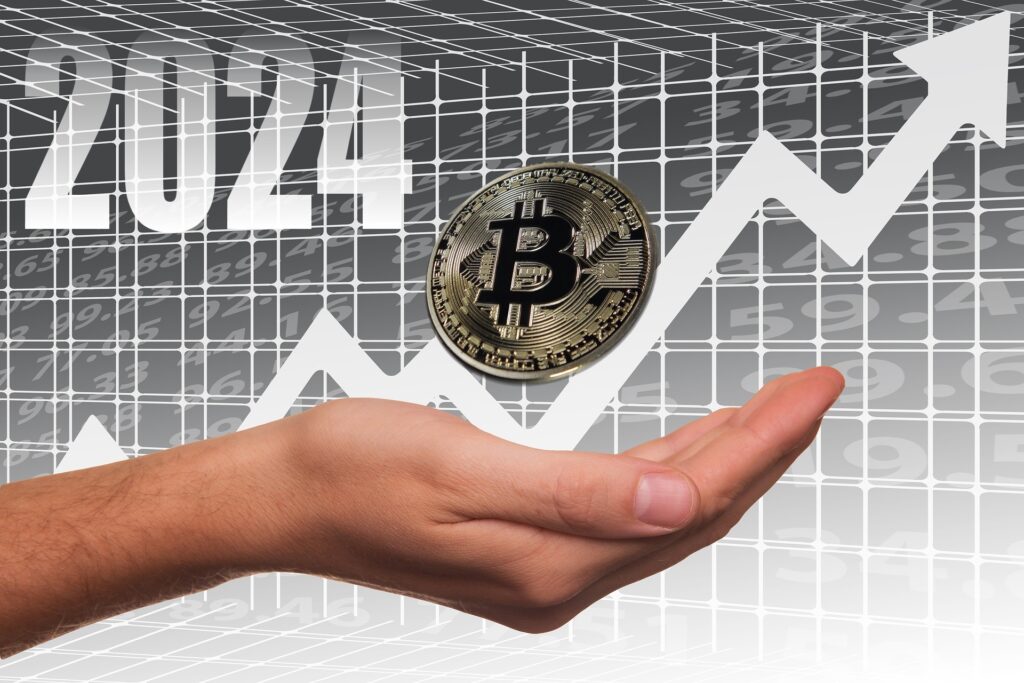 The forecast of 1 Bitcoin varies from 100 to 1’000’000 USD within the next years. A huge bandwidth. But as we all know, forecasts are as good as looking into a crystal ball.

Skeptics say that this “crypto crap” is a huge speculative bubble at best, at worst a “Ponzi-scheme”. Maybe they are right. It has already been written a lot about what Bitcoin is and whether it is a scam or not and whether it should be something “valuable” at all. Here I want to focus on the facts and point out various considerations and scenarios for the further development of Bitcoin.

Though Bitcoin is not the only “digital currency” (or “digital asset”), it is arguably the first to have been very successful, despite the many negative events that have occurred in recent years (e.g. MtGox bankruptcy or Bitcoin as a “criminal currency”). Bitcoin is designed in such a way, that there will be a maximum of 21,000,000 Bitcoins – about 80% already exist and every 10 minutes new Bitcoins are “mined” (Source: https://www.investopedia.com/terms/b/bitcoin-mining.asp). It should also be noted that according to estimates about 20% of all Bitcoins are forever locked due to lost password keys (Sources: https://bitcoinist.com/estimated-4-million-bitcoin-lost-forever-by-users-forgetfulness/  and https://www.quora.com/Is-it-true-that-4-million-bitcoin-is-gone-or-lost-FOREVER).

As mentioned above, we do not want to judge whether Bitcoins have a “real” (intrinsic) value or not – the markets at least say “yes” in the sense that one is currently willing to pay around 7,900 USD for 1 Bitcoin (June 4th, 2019) – for this you also get about 6 troy ounces of pure gold.

Let us consider three simple scenarios which will go until 2024 – the next 5 years. All of these scenarios are not new, by the way.

One way to estimate future developments is a simple extrapolation of the past. In the case of Bitcoin there have been several “ups” and “downs”, so this scenario should not be seen as very reliable. According to this scenario (approximation through an exponential function, the weekly average was taken – starting from 2010 until now), one Bitcoin could reach a price of 3,8 million USD in 2024. Remember: This is just a simple extrapolation.

Another approach is the opinion of the “crowd” (an interesting example is the non-profit credit rating organization Wikirating), which in this case are a couple of more or less famous Bitcoin enthusiasts and skeptics. If we take a linear regression of all estimations, we would get for 1 Bitcoin around 270’000 USD in about 5 years.

One of the more “reasonable” approaches refers to the idea that Bitcoin could become a kind of “digital global reserve asset” – similar to gold. If we assume that Bitcoin’s market cap in 2024 will have a share of 40% (we assume here that all other crypto currencies would have a share of 10%) of the gold’s total value (about 7.7 trillion USD in 2019, this is only 2.4% of the total global wealth), then 1 Bitcoin should be priced at around 400’000 USD (this means: all Bitcoins would represent just around 1 % of the global wealth).

As mentioned in the beginning, no one can foresee the future. There are so many aspects which influence the future of Bitcoin. In my opinion, the biggest threat of Bitcoin are not regulators or governments, but technology. If there will be a more „crazy innovative“ crypto-asset-concept (beside some already very interesting altcoins such as IOTA), which scales much faster and is much more ecological, Bitcoin probably could disappear (though personally I do not believe this, since Bitcoin now has become a brand).

These three scenarios show a quite extended range of possible Bitcoin prices in 5 years, varying from 270’000 USD to 3.8 million USD. If we take the average, the price would be around 1.5 million USD per Bitcoin in 2024. This seems pretty crazy… time will tell.

Visualization of the crypto currency market cap compared to other markets (Oct. 2017):
http://money.visualcapitalist.com/worlds-money-markets-one-visualization-2017/

How many people use bitcoin?
https://www.bitcoinmarketjournal.com/how-many-people-use-bitcoin/

Disclaimer: This article is not intended to be a source of financial advise for investments.